Tamás Konok was born in 1930 in Budapest. He graduated from the Hungarian Academy of Fine Arts, where his master was Aurél Bernáth. He moved to Paris in 1959 and later he also had a studio in Zurich. While maintaining his residence in Paris, he has been also living and working in Budapest since the 1990s. Konok’s first solo exhibition was at the Galerie Lambert in Paris in 1960. He had his first museum solo exhibition in Stedelijk in the Netherlands in 1964, afterwards he also had a solo show at the Lausanne Museum in Switzerland. In 1983 Konok’s works appeared at the Geometrische Abstraktion exhibition together with those of J. Albers, F. Morellet and F. Picabia. He collaborated with Galerie Schlégl in Switzerland and exhibited his works several times at the Basel Art-Expo. Konok had solo exhibitions at numerous important institutions in Hungary since the eighties, among them the Xantus János Museum in Győr and the Museum of Fine Arts (together with his artist wife, Katalin Hetey), he had retrospective exhibitions at the Ludwig Museum (1995) and the Ernst Museum (2006). Several state awards attest to the recognition of his work: he is the Knight of the National Order of the French Republic (1997) and is a holder of the Kossuth Prize (1998) as well as the Cross of the Order of Merit of the Hungarian Republic (2004). Konok’s works can be found, among others, in the collection of the Städtische Galerie in Hamburg, the Stedelijk Museum in the Netherlands, the Musée des Beaux-Arts in Bern, the Kunstmuseum in Winterthur, the Bibliothèque Nationale in Paris, the Ludwig Museum in Budapest, the Hungarian National Gallery, the Museum of Fine Arts and the Museum of Applied Arts in Budapest. In 2020 he will have a retrospective exhibition at the Ludwig Museum – Contemporary Art Museum Budapest and a solo exhibition at Ani Molnár Gallery.

Konok’s oeuvre is widely embedded in the international tendencies of painting, stemming from 20th century modernism and avant-garde art. The collages and monotypes of his early period are built on a surrealistic vision and visual elements going beyond reality. The geometric abstraction of Konok’s mature period – along with the reduction of shapes – is based on thin line drawings of structures. Thus, the early works and the nonfigurative ones where he uses his own authentic style are connected by the role and primacy of the line. The line that can be scarcely found in nature, however, it is connected to human activity and it can express the most abstract, transcendent contents. In Konok’s acrylic-canvas paintings lines, stripes, dotted surfaces and form fragments abstracted into signs in two dimensions tell us about the problem of plastic, that is to say spatial representation. Thus, colors are usually not merely form fillings, nor are they elements of an optical illusion, but they are part of a line-based system. 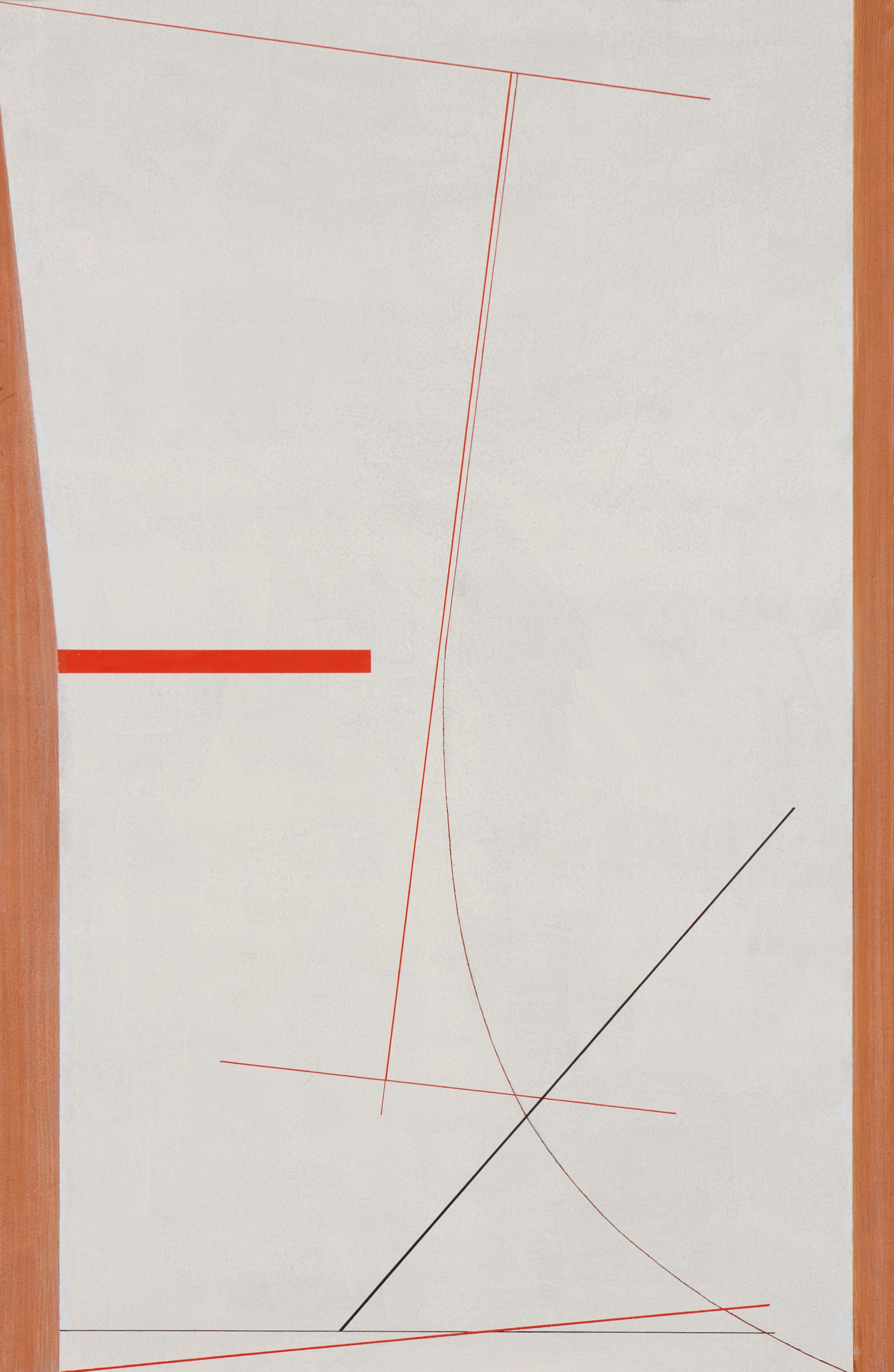 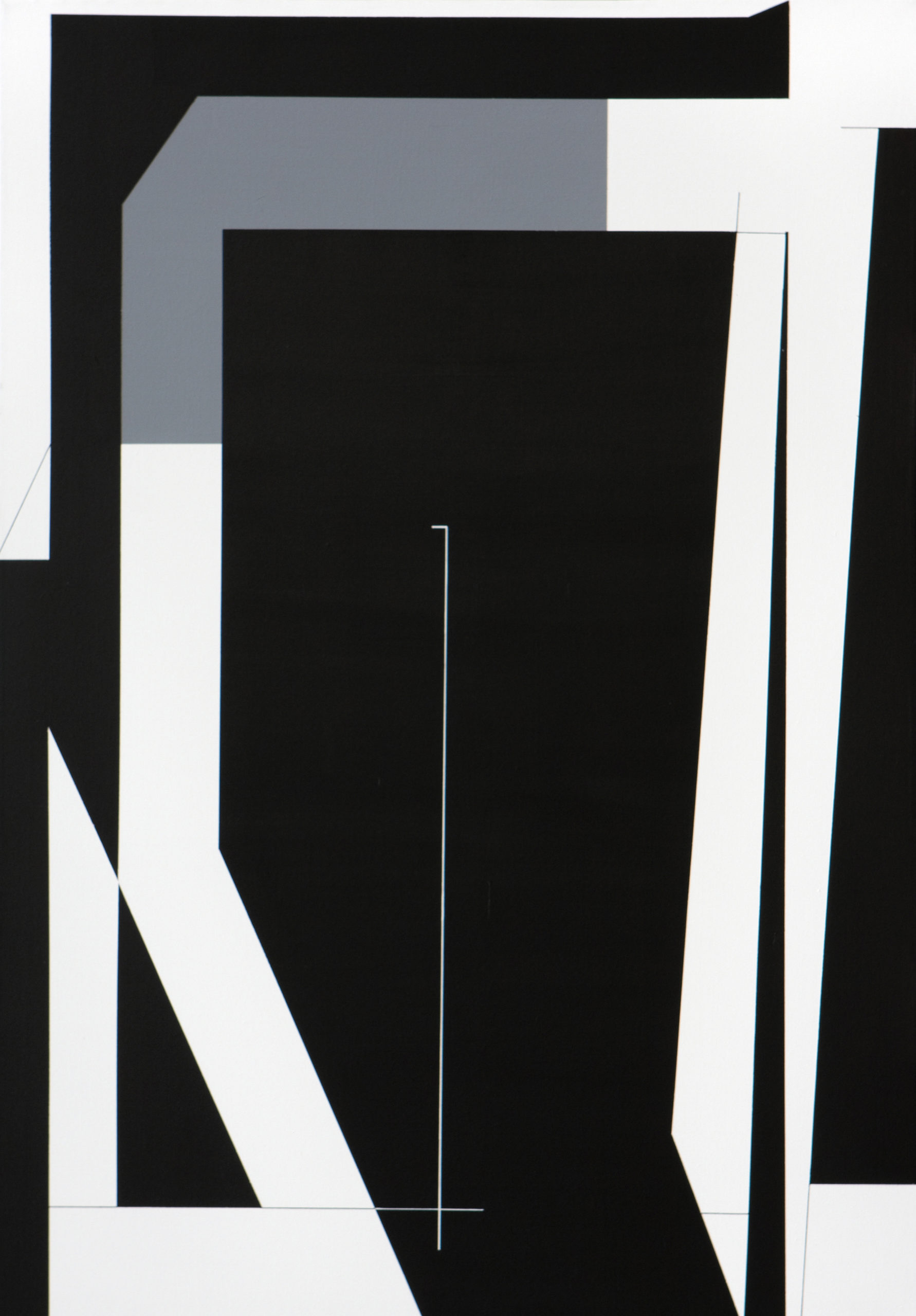 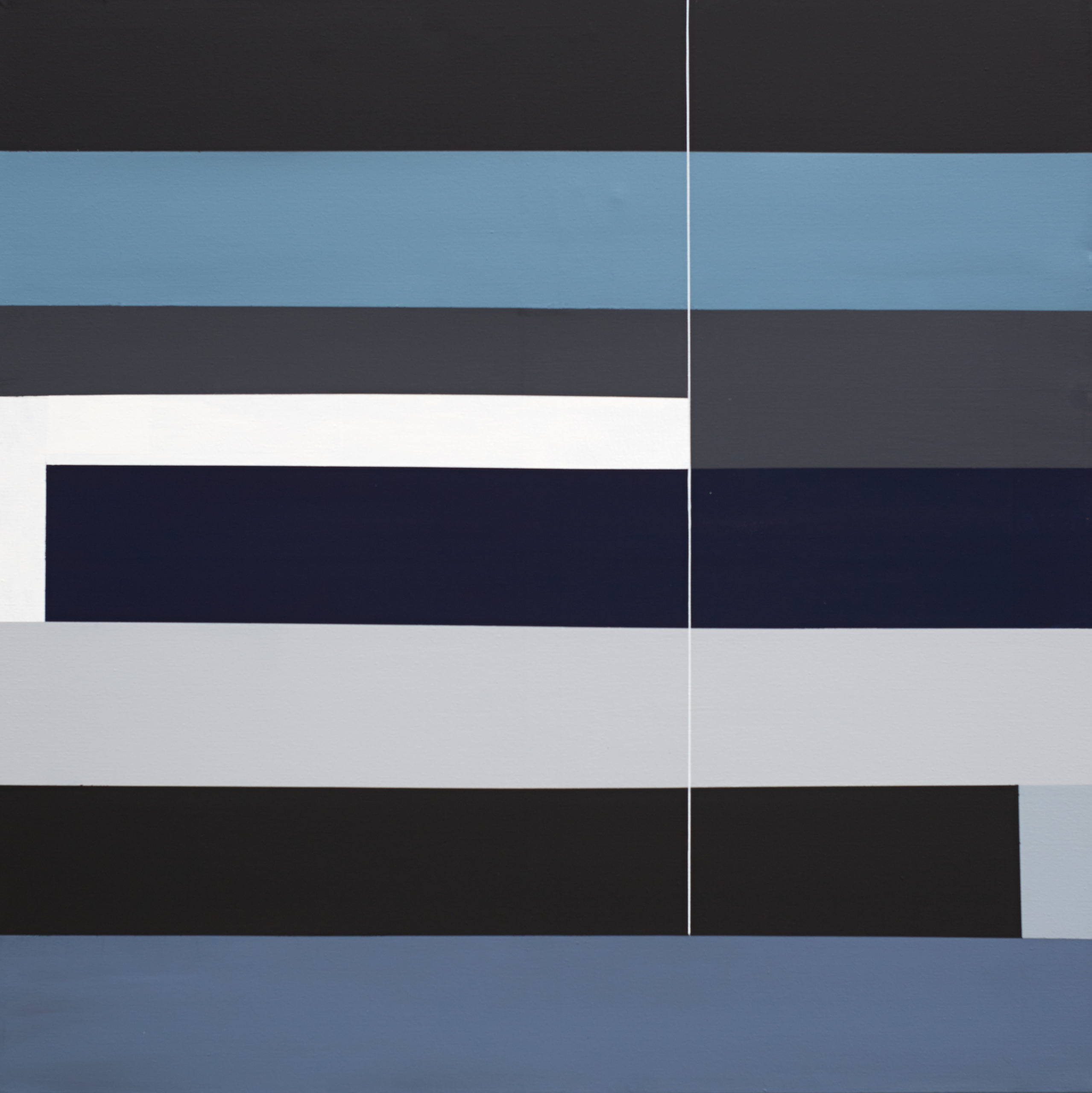 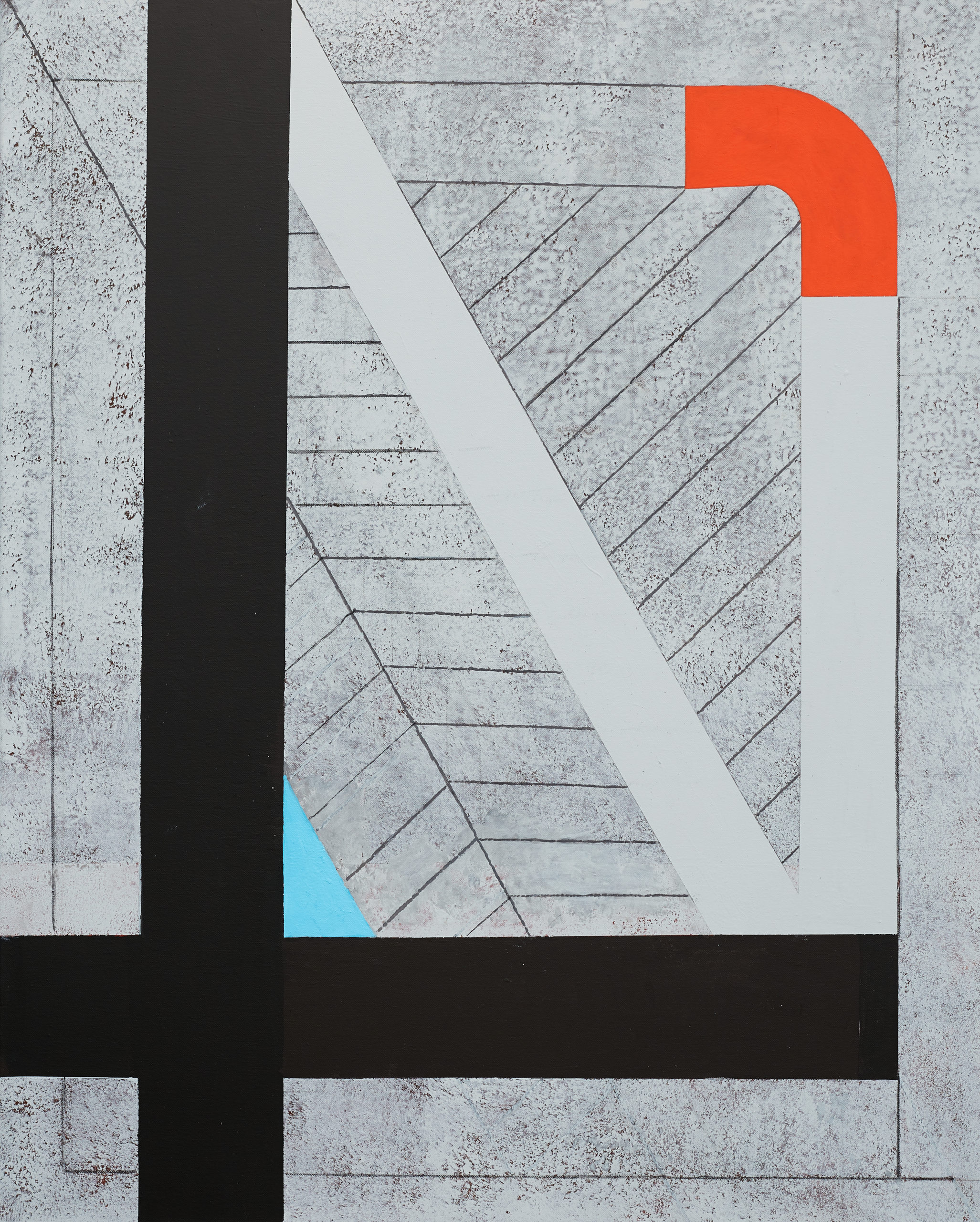